﻿﻿ ﻿﻿ Accident Blackburn R.B.3 Iris Mk III S1263, 12 Jan 1933
Home » ASN Aviation Safety WikiBase
ASN Wikibase Occurrence # 211042
This information is added by users of ASN. Neither ASN nor the Flight Safety Foundation are responsible for the completeness or correctness of this information. If you feel this information is incomplete or incorrect, you can submit corrected information.
Tweet
Narrative:
Blackburn Iris III S1263, 209 Squadron, RAF Mount Batten: In January 1930, 209 Squadron was formed at RAF Mount Batten, Plymouth, flying Blackburn Iris Mk.IIIs, at that time the largest flying boats to enter RAF service. A flight of 550 miles via Kent saw the first Iris Mk.III, S1263 named ‘Leda’, arrive at 3.15 pm on 15/1/30.

The second Iris III, S1264 arrived later and both departed for Reykjavik on the 22/6/30 to represent the UK at the Icelandic Parliament Millenary Celebrations. Only S1264 arrived, S1263 ‘Leda’ having suffered fuel contamination, but the return trip by S1264 did represent the first non-stop RAF flight between Iceland and the UK.

Written off (damaged beyond repair) 12/1/33 when sank following collision with dockyard launch after landing in Plymouth Sound, off Plymouth, Devon. Only one of the crew of nine was killed, but seven were injured, and one was unhurt:

S1263 was one of two aircraft (S1264 was the other) ordered from The Blackburn Aeroplane and Motor Co. Ltd, Brough, Yorkshire, to contract 812143/27. Delivered in January and June 1930 respectively. 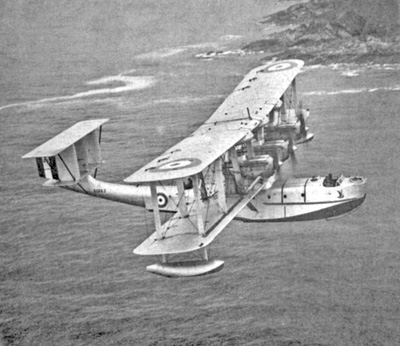 Porthole (now in my possession) from my grandfather who was AC1 Norman Watson. The insert image was put there by my grandfather, but the whole photograph taken by me in 2014 after I was given it.
Revision history:
Corrections or additions? ... Edit this accident description
The Aviation Safety Network is an exclusive service provided by:
Quick Links:
CONNECT WITH US: