﻿﻿ ﻿﻿ Accident Supermarine S.5 racing seaplane N221, 12 Mar 1928
Home » ASN Aviation Safety WikiBase
ASN Wikibase Occurrence # 74547
This information is added by users of ASN. Neither ASN nor the Flight Safety Foundation are responsible for the completeness or correctness of this information. If you feel this information is incomplete or incorrect, you can submit corrected information.
Tweet
Narrative:
Destroyed in an accident on 12 March 1928, in a full speed run over the Solent off Calshot, Hampshire, in poor visibility, the S.5 struck the glassy surface of the sea and crashed. Flt Lt Samuel Marcus Kinkead RAF, a pilot with a very distinguished record, was killed in the accident.

The circumstances of his death have never been satisfactorily explained although a verdict of death by misadventure was passed at the inquest. The witnesses to the crash thought Kinkead was flying very low and very fast when his S.5 dived into moderately deep water near the Calshot Lightship. Although the RAF Duty Motorboat quickly buoyed the wreck site it took two days for the salvage vessel to find and retrieve the wreckage that had split into two parts. The remains were taken to Calshot and the controls were laid out on the slipway to check for any technical fault but the inspector could find nothing technically wrong with the machine. It was at first thought that Kinkead had been thrown clear of the machine during the crash but his body was found, minus half of his head, compressed into the tail. The tail had to be cut open in order to retrieve the body. It was quite obvious that Sam Kinkead had died instantly.

Although neither the RAF inquiry nor the Coroner's Inquest were able to give a definitive cause for the accident, D'Arcy Grieg (the pilot who took over from Kinkead) had his own theory as to what had happened. He ruled out mechanical failure of the aircraft because they were too well maintained but said Kinkead was killed by a combination of factors including recovering from a bout of Malaria that would have him feeling, ' a bit below par.' It was March and late in the afternoon. The sea was glass calm and therefor impossible to judge height accurately and there was a mist so he had no horizon when coming in. Grieg also thought the fumes from the engine and the heat from the oil coolers would have turned the cockpit into an extremely hot Turkish Bath. The autopsy, however, had found no evidence for carbon monoxide poisoning. Flying at over 300 MPH and at no higher than 150 feet Kinkead was never more than half a heart beat from disaster.

Kinkead was buried at All Saints' Church, Fawley – the headstone on his grave reads:

"In memory of Flight Lieutenant Samuel Marcus Kinkead DSO DSC DFC who, on 12 March 1928 while flying at Calshot, gave his life in an attempt to break the world's speed record." 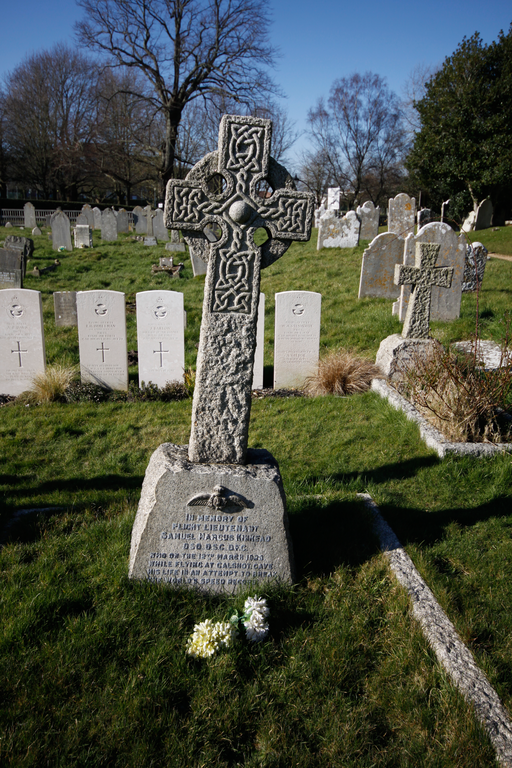 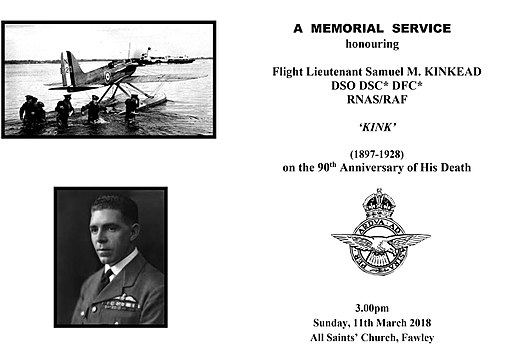